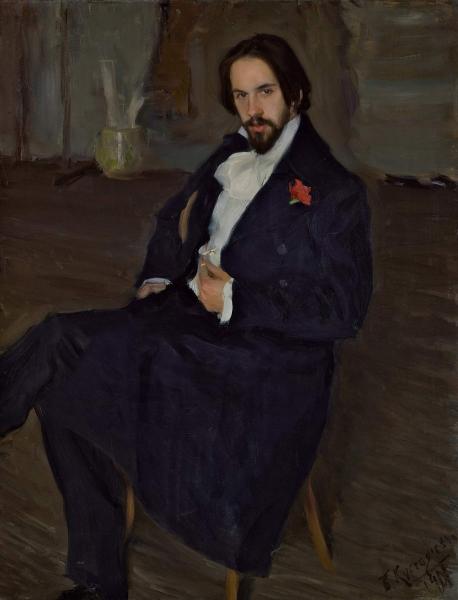 Ivan Yakovlevich Bilibin (1876–1942), graphic artist, theatre artist and painter. He graduated from the Law Department of St Petersburg University (1896–1900) and studied at the Drawing School of the Society for the Encouragement of Arts (1895–1900), at Anton Ažbe’s school in Munich (1898) at the Princess Maria Tenisheva Art School (1898–1900) under Ilya Repin, and at the Higher Arts Institute of the Imperial Academy of Arts (1900–1904). He was a founding member of the World of Art union (1900–1917) and drew pictures for the journals Mir iskusstva (World of Art), Adskaya pochta (Hell’s Mail), Zhupel (Bugbear), Zolotoye runo (Golden Fleece) and others. From 1907 he worked in theatre. He illustrated and designed children’s books for St.Petersburg publishers such as bylinas, folk tales and tales from Pushkin (1900s), and in the 1930s he illustrated tales from Pushkin for the State Literature Publishers. He had his own profoundly individual way of designing books, at whose heart lay motifs from Russian folk art and from the Middle Ages.