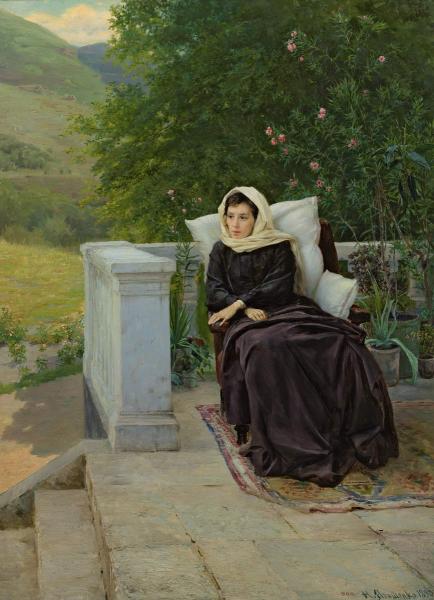 Nikolai Jaroshenko painted this picture in the Caucasus, where he had settled in the late 1880s in an attempt to restore his shattered health. The canvas is unlike his earlier works, which addressed social problems and were noted for their social and political poignancy.The poetic image of the pale and mournful woman and her lonely melancholy on the terrace of a house surrounded by the blossoming beauty of southern nature differ greatly from Jaroshenko’s Girl Student (1883, Russ. Mus.). The latter image is fearless, independent and determined, and went on to become one of the symbols of Nikolai Jaroshenko’s art. Incidentally, it is the same model that is depicted in both pictures.