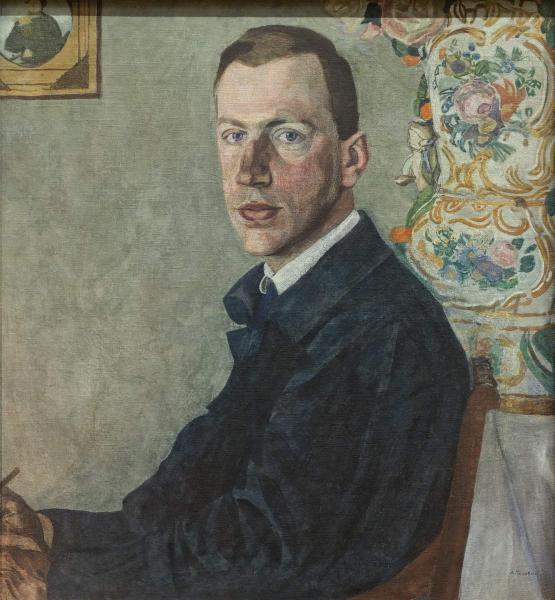 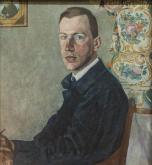 Alexander Golovin, who worked as a theatrical designer for many years, created a series of portraits of prominent people in Russian culture.

Erich Gollerbakh (1895–1942), who was an art and literary critic, was in charge of the artistic department of the Petrograd Department of the State Publishing House from 1923. He was one of the founders and chairman of the Society of Bibliophiles. He was a scientist at the Leningrad Bibliology Institute and Bibliology Institute of the Ukrainian Academy of Science. He is the author of the first monograph about Alexander Golovin (1928).