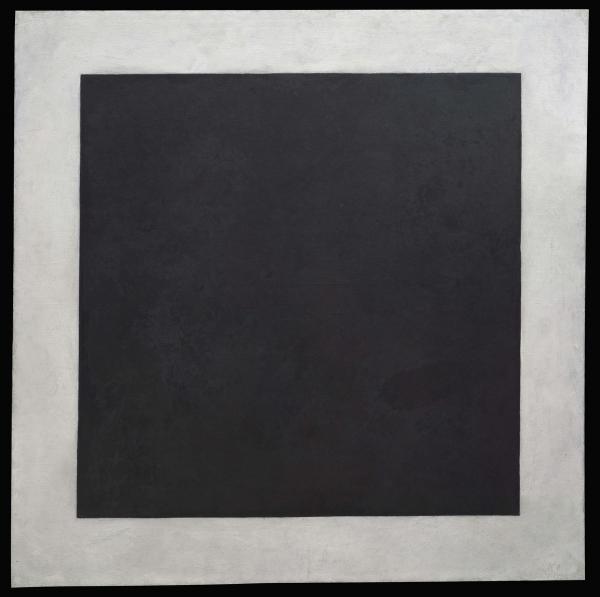 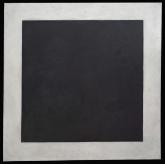 Malevich presented a series of 39 abstract compositions at the Last Futurist Exhibition of 1915, which was also referred to as the 0.10 exhibition, in light of the fact that the artists had decided to reduce material form to zero, and move beyond this “zero form” into the sphere of geometric abstraction. Malevich titled his series “New Painterly Realism: or, Suprematism, from the Latin Supremus, meaning ‘Superior’”. When explaining the origins of this new movement, Malevich defined it as something separate from Cubism: a subject he also explored in the pamphlet titled From Cubism to Suprematism. Later, Malevich would go on to claim that geometric abstraction marked the crowning glory of artistic development, and that nearly all art produced prior to the 20th century was just a precursor to it.

In the collections of the Russian Museum, Malevich’s Suprematist period is represented by several classic examples of the movement, which also offer an insight into its three distinct stages. “In the historical development of Suprematism there were three stages: the first was black, the second was multicolored, and the third was white”, Malevich wrote in one of his theoretical essays.

According to the artist, the black stage began with three shapes: the square, the cross, and the circle. These geometric forms served as the basis and foundational language of painting itself.

Malevich defined his Black Square painting as a nihil, or a basic compositional element of the world and being. This simple shape appears to have absorbed all of the forms and colors of the world, reducing them to a plastic formula dominated by black, or the complete absence of light and color; and white, or the simultaneous presence of light and all the colors on the spectrum. The simple geometric form of the square, which is neither related to nor associated with any artistic movement, ideology, image, object or pre-existing meaning, is both an articulation of and a testament to the total freedom of the artist as creator.

In short, Black Square represents an act of pure creation, which became the nucleus and focal point for a new system that would then give rise to the other Suprematist forms.

In the words of Malevich himself, “Black Square is the origin of all possibilities: it is the father of the sphere and the cube, while several squares can be used to create rectangles or crosses. If we develop this form, the black square acquires great strength; and if we take it apart, it lends incredible culture to painting”.

The paintings titled Black Square, Black Circle and Black Cross, all of which are on display in this exhibition, were created around 1923 for the Venice Biennale. However, they never got to be shown, due to a series of incidents and intrigues on the part of the Russian organizers. Malevich was deeply upset by this, although by that time he had started to become aware of the fact that Geometric Suprematism, which he also referred to as Painterly Realism, had reached the limits of its development.