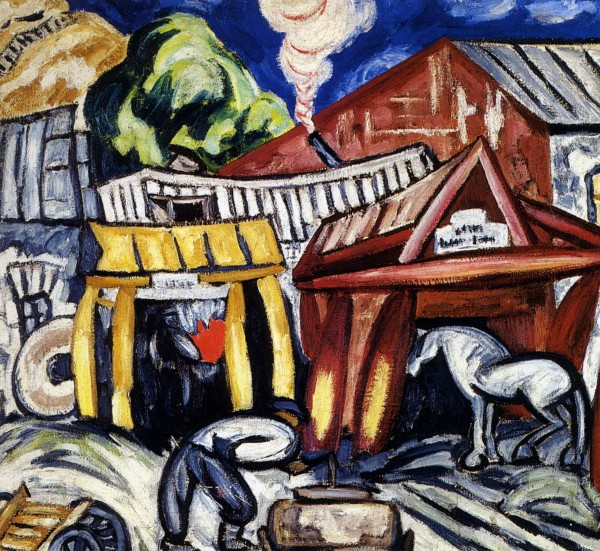 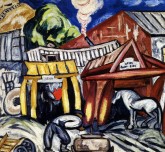 Plastically expressive and based on generalised Neo-Primitive forms, Olga Rozanova’s work is clearly influenced by the Moscow school of painting. Stylistically similar to the works painted by Alexander Morgunov in the early 1910s, Smithy represents one of the stages in the artist’s rapid assimilation of contemporary painting.
Rozanova then passed through a period of interest in Futurism, extolling “abstract creativity” and “eternal renewal” in the Union of Youth manifesto. Against the background of Olga Rozanova’s experiments, Smithy represents all that was “familiar and comprehensible” — concepts later soundly rejected by the artist.