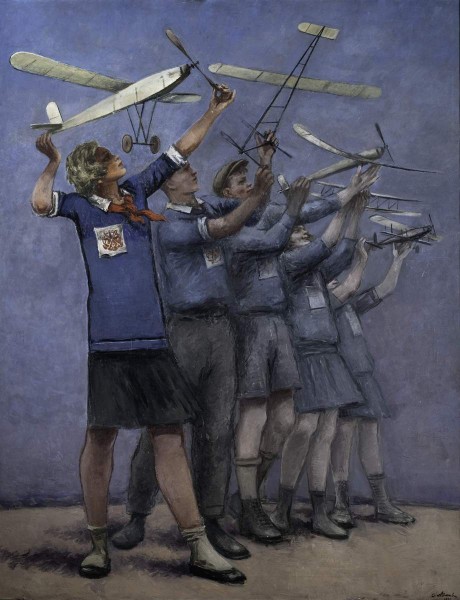 The idea of conquering space and time, key for other genres and types of Soviet art as well, became in the 1920s and 1930s extremely important in reference to works about sport. The ideological and instructional aspects of sport connected with the task of preparing physically developed people, “ready for labour and defence”, became the main focus (the legendary GTO (ready for labour and defence) pin appears in 1930, when the topic of sport is definitively confirmed as an important division of Soviet art). Sport as an integral part of preparing the Soviet individual for any difficulty becomes a leitmotif in the work of many artists, including Adlivankin.