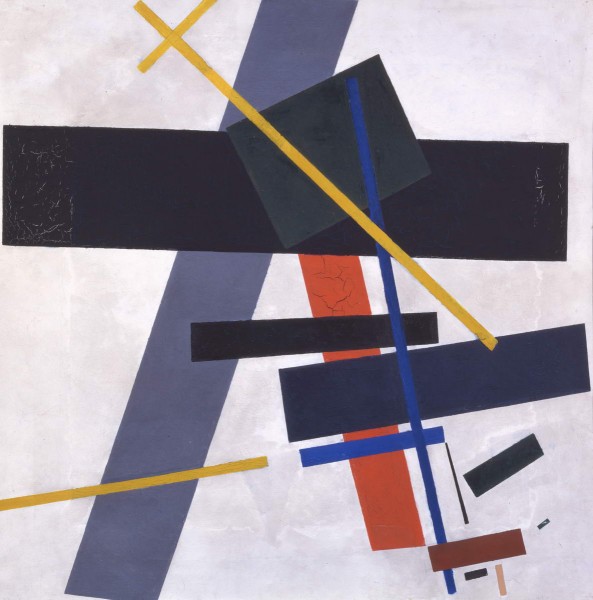 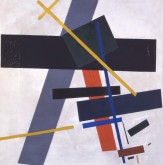 In his writings, Malevich stated that the movement and sensation of color were much more important than form. “I believe it is necessary to transmit the pure movement of color in such a way that not a single element of color can be missing from the painting. Movement itself, such as a running horse or a speeding train, can be communicated with a pencil drawing made in a single color, but it is not possible to communicate the movement of a mass of red, green or blue. For this reason, we must work directly with thick blocks of paint”, he wrote.

In Suprematism, the only sensations that remain are those of a sheer chromatic energy, articulated through blocks of solid color. Gradually, these blocks resolve themselves into a cosmos of planets and geometric satellites moving silently through the whiteness of space, subject only to the laws of cosmic gravity, and forming combinations that intersect and collide with one another. These shapes may also refer to earthly objects, but ultimately they are Malevich’s own creations, the result of his desire to build a new world.