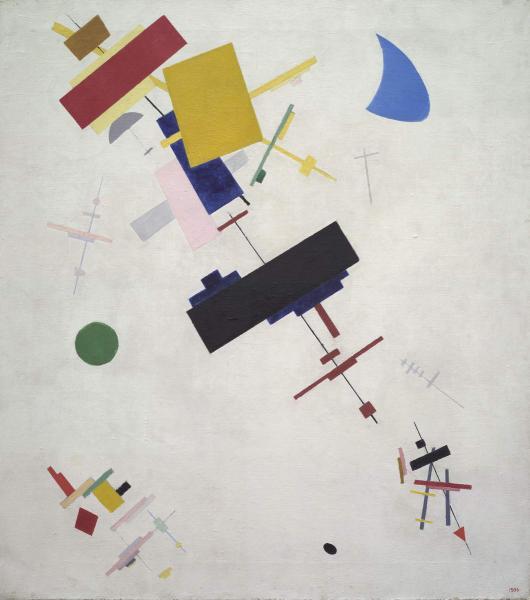 This painting consists of dynamic links of coloured geometric figures — a rectangle, square, circle and cross. Intersecting one another and existing in harmony, they are the “letters” of the universal language invented by Kazimir Malevich and called Suprematism. Malevich’s Suprematist movement developed the idea of the “supremacy” of the ultra-personal essence of art. Hovering in the white space of the background, the “constructions” that comprise the composition of the picture personify the artist’s concept of an infinite universe. There is no top or bottom in the picture. The artist creates a new reality, a sort of das Ding an sich, the existence of which is confined to the frames of the canvas. The attempt to not only feel oneself part of the universe led Kazimir Malevich to employ in his art the experiences of the psychology of human perception.