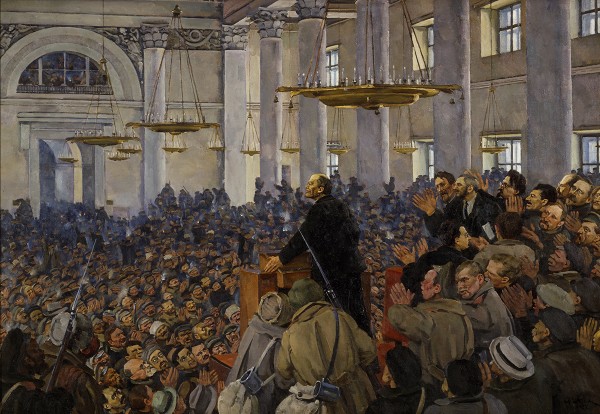 The painting was created for the 10th anniversary of the October Revolution. On the rostrum is Vladimir Lenin, on the dais his comrades-in-arms: Vladimir Antonov-Ovseyenko, Lev Ka me - nev, Vladimir Milyutin, Nikolai Podvoisky, Leon Trotsky, Georgy Oppokov (Lomov), Alexei Rykov and Lev Karakhan. Painted after Lenin’s death in 1924, the work was devoted to the theme of his popularity among the revolutionary-minded public.