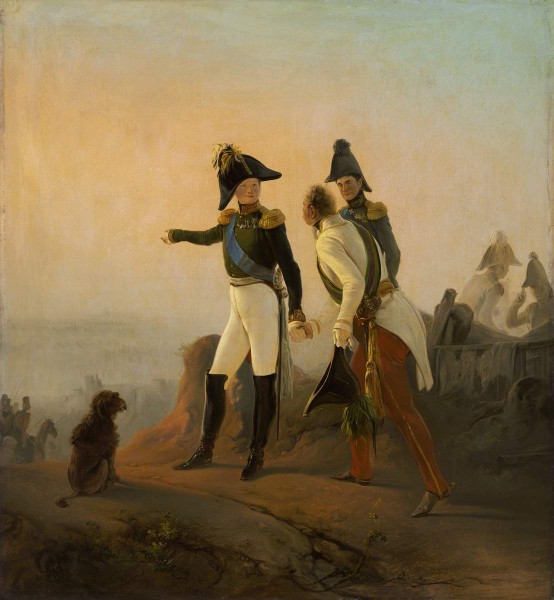 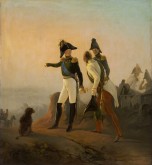 Alexander I. Scene in the Military Camp

The people and the panorama of the city in the distance depicted in the painting fairly accurately show the events related to March 1814: Emperor Alexander I convinced Austrian Field Marshal Karl Schwarzenberg to move the allied troops to Paris. Near the emperor stands Prince Pyotr Volkonsky, the Chief of the General Staff of the Russian troops, who is believed to have suggested taking Paris rather than pursuing Napoleon across France. The stylistic characteristics of the work, as well as the initials “G.W.”, allow us to suggest that the artist of the canvas is the battle painter Gottfried (Bogdan) Willewalde, who did paintings on the subject of the Napoleonic Wars, among others.