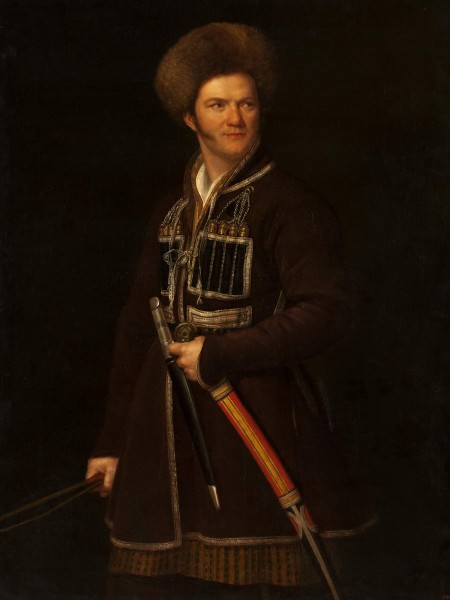 Orlovsky''s self-portrait is a programme work in the Romantic line. An academician of painting, he portrays himself in the full dress of a Caucasian warrior (most probably a Circassian), which he had never been in real life. The costume is also in keeping with the heroic expression on the artist s face and the tense pose and abrupt turn of the head. The theme of the Orient, typical of European Romanticism, was in Russia often associated with the Caucasus (Caucasian themes later attracted Mikhail Lermontov and other writers of the Romantic mould).