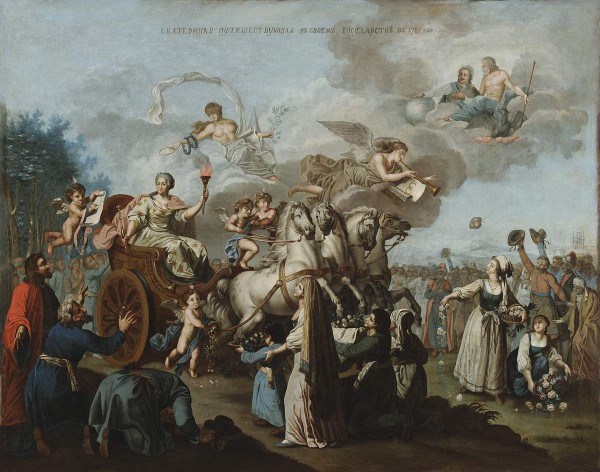 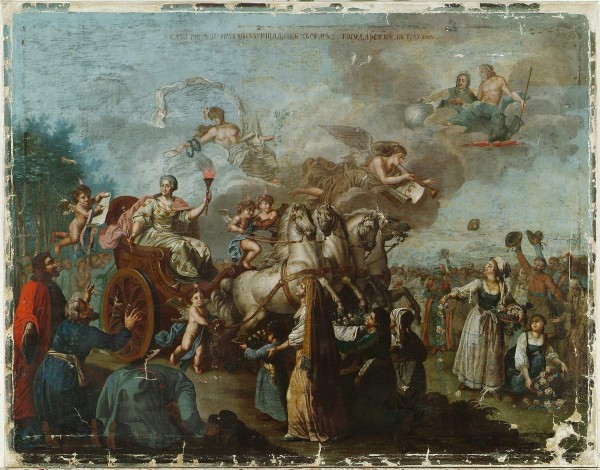 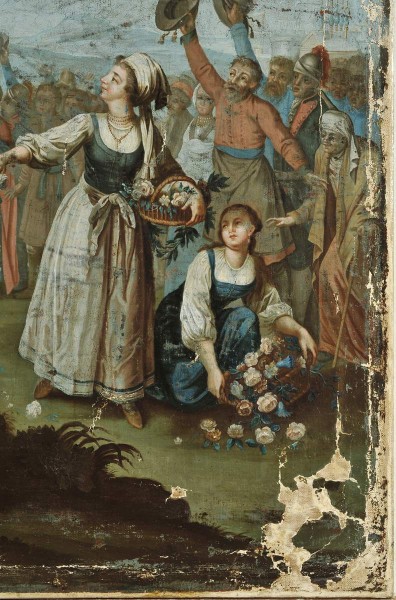 Catherine the Great Travelling Through Her Country in 1787

Catherine the Great was the first Russian royal person to undertake long journeys through the country that were not linked to military action. The journeys were accompanied by great pomp and went on for many months since they were important political events. In addition to her suite, the Empress was also accompanied by state figures, senators, government officials and foreign ambassadors. During her travels the Empress would meet representatives of various sections of the population and inspect the work of the local administrations.

The longest journey was the one made to the Crimea in 1787, which lasted seven months. Part of the route was done in rowing boats along the Dnieper. The Empress met the King of Poland, Stanisław August, outside Kiev and the Emperor of Austria, Joseph II, near Kremenchug. It is this particular journey that is shown in the painting, and among the subjects greeting the Empress are men and women wearing both western and eastern clothing.