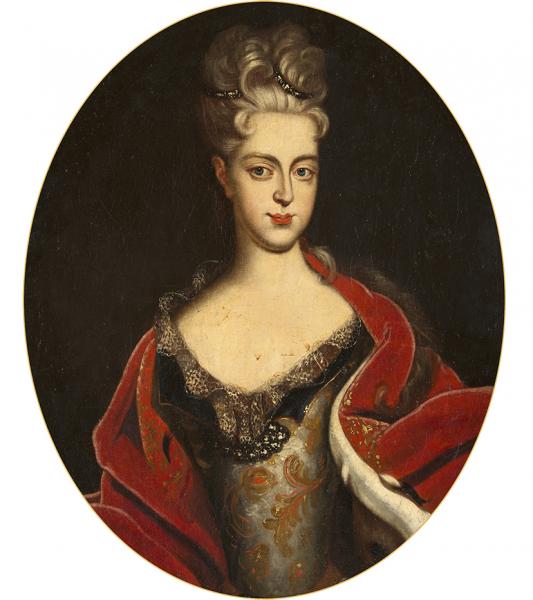 When the portrait was exhibited in 1870, the label said that “it was taken from the Peterhof Palace.” In the catalogue published for the Anniversary Exhibition in Memory of the Mighty Founder of St Petersburg, there is a note saying “based on Dannhauer’s original painting.” The catalogue of an exhibition of 1973 suggested that the work was painted by Johann Gottfried Tannauer (?).