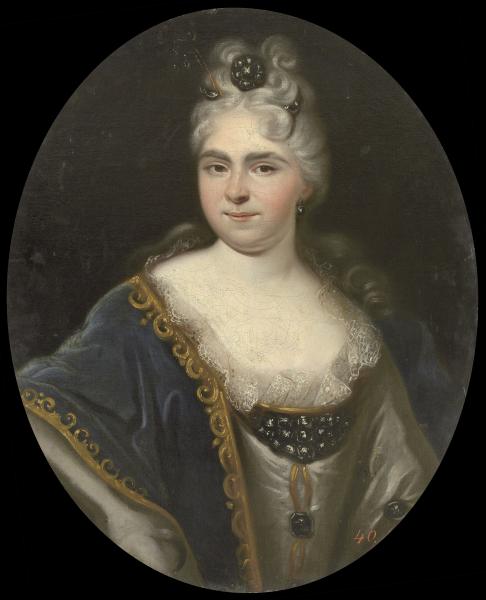 Portrait of Tsarevna Natalia Alexeyevna, Sister of Peter I

The portrait might have been created at the end of the Moscow period of Natalia’s life, or during its Petersburg period (from 1708). Today, portraits of Natalia Alexeyevna can be found in the collections of the State Russian Museum and the State Tretyakov Gallery and are currently dated: before 1716 (?), and 1714–1715.