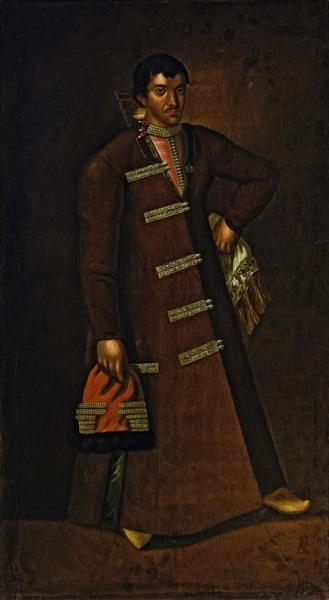 From the second half of the 19th century to early 21st century all scholars believed the person depicted here to be Afanasy Borisovich Repnin. However, this traditional view was recently reconsidered with the personification and the dating revised. It is possible that this is a postmortem picture, painted at the same time as the portrait of Andrei the Younger, after January 27, 1699 – the day when Andrei the Younger died. This new version was accepted by the Attribution Council of the Russian Museum in 2014.

Eldest son of Ivan Repnin (1615– 1697) who was a boyar close to the tsar and a house steward of Tsar Alexis Mikhailovich, and Yevdokia Nikiforovna Pleshcheyeva (? – April 8, 1695).