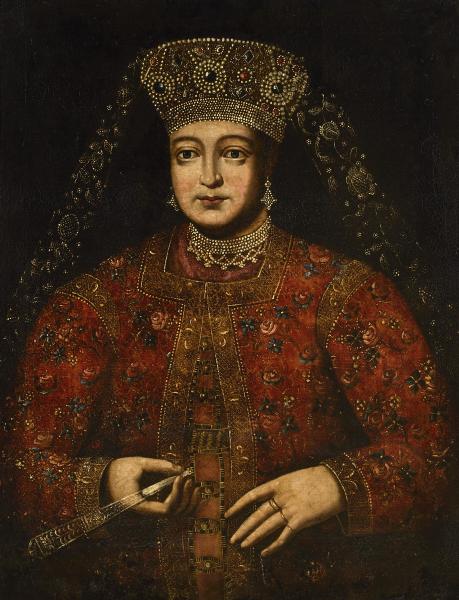 This portrait was painted at the same time as the so-called portrait with a little dog. It was painted when Marfa Matveevna was the tsar’s bride. A hand fan wasn’t one of specific details of the pre-Petrine everyday life, but its “language” was well-known. Tsaritsa Marfa holds her hand fan as an “arrow,” meaning in a closed position, in her right hand, and it is pointed at her companion. This hand fan’s position is a sign of love and sympathy.