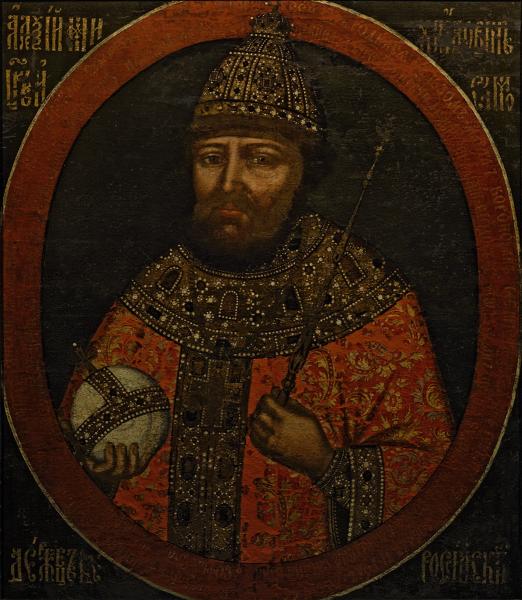 This painting is a companion piece to the portrait of Tsar Michael I Feodorovich. The portrait of Alexis Mikhailovich was probably also based on the portrait from the 1672 “Titulyarnik” (a manuscript containing titles, coats of arms, and portraits of Russian and foreign rulers). The technique is close to the one of the portraits of Michael I Feodorovich and Tsaritsa Marfa Matveyevna (“with a hand fan”) of similar size. The portrait of Alexis Mikhailovich was also painted in the end of the reign of Tsar Theodore III Alexeyevich, or during the reign of Tsarevna Sophia (1682–1689).