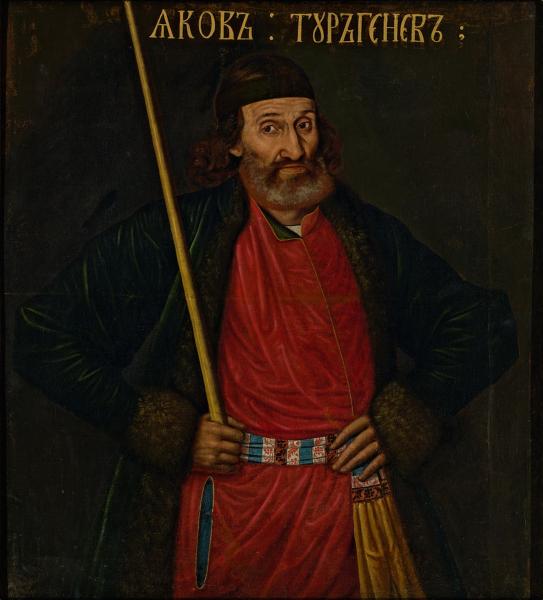 Yakov Turgenev (16?–1695). Served in a Reiter regiment beginning in 1671. He was also a member of the Drunken Synod, where he had the title of the “Old Warrior and Colonel of Kiev”. He commanded a company in the Kozhukhovo Campaign (1694). Yakov Turgenev’s mock wedding was celebrated in January 1695, and he died shortly after that.

One of the most famous portraits of the so-called Preobrazhensky Series. The earliest reference to the portrait is in the Inventory of 1735; according to which, “the personage of Yakov Turgenev” was placed in the entrance hall. Later it was mentioned in the Inventory of the Hermitage Paintings. It has been argued that the portrait was painted in the summer of 1694 at the latest. However, it is possible that the work was created in the autumn of the same year.