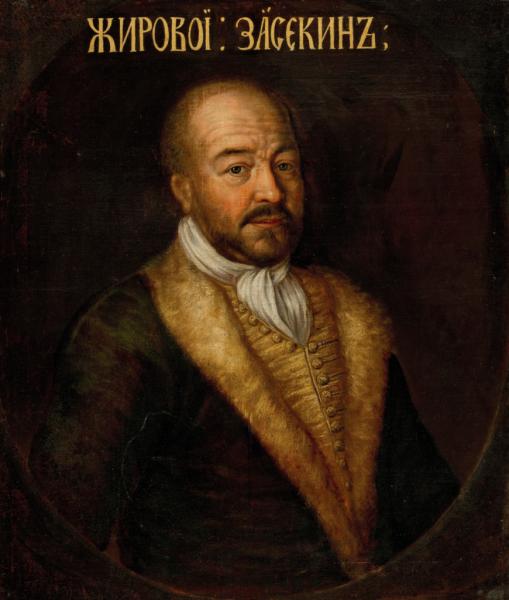 Mikhail Zhirovoi-Zasekin (?–no later than 1707). Stolnik (cupbearer) (starting from 1693), okolnichy (a senior court rank). Member of the Drunken Synod. Participated together with his brother Vasily in the Kozhukhovo Campaign of 1694.

The painting was displayed during an exhibition of 1870 as a portrait of Ivan Zhirovoi-Zasekin; a court fool who was granted a title of nobility for his services. However, the person most likely depicted is either Nikita Zhirovoi-Zasekin, or Prince Mikhail Zhirovoi-Zasekin. The latter took part in undertakings of the Drunken Synod, having the title of “Eminent Mikhail”. The fact that the subject has a beard suggests that the portrait was created before August 30, 1698.