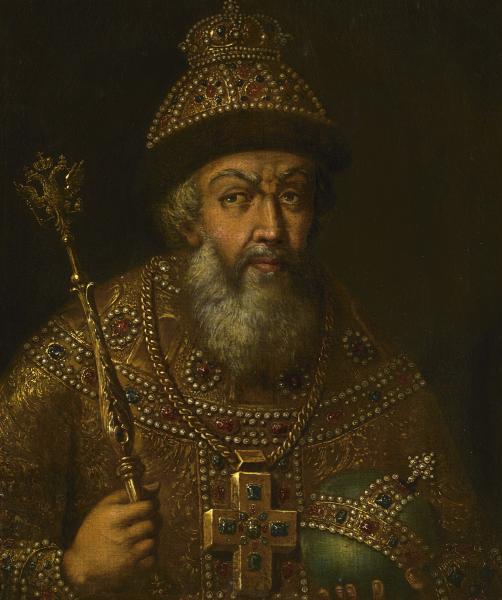 The reign of the last of the Rurik dynasty, Feodor Ioannovich, the second son of Ivan IV by his first wife, Anastasia Romanovna Yuryeva-Zakharina, which began in 1584, saw the final unification of Western Siberia with Russia, the publishing of a new law code and the establishment of the Russian Patriarchate, both in 1589. During this period the internal political fighting worsened due to the rise within the court of the boyar Boris Godunov, whose sister the Tsar had married.

This portrait of Ivan the Terrible was painted roughly a century and a half after his death, and relies mainly on historical and literary descriptions. It is thus more an imagined, rather than a genuine, representation of the Tsar.