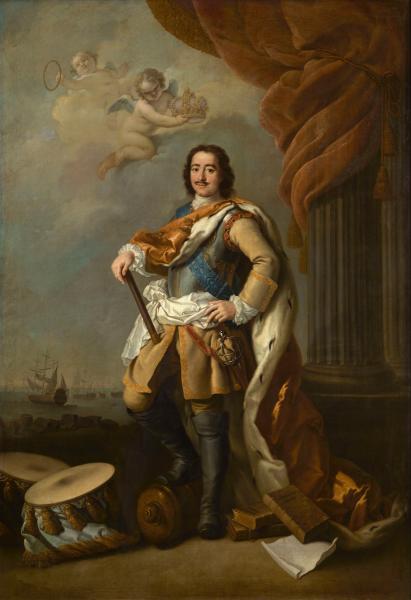 His foreign and domestic policy was conducted with the aim of integrating Russia into the international European system. Under Peter I, reformations were carried out in all spheres of public life: the government, the Church, the army, education, everyday culture. He founded the Russian Navy; and led wars with Turkey, with an aim of gaining an outlet to the Black Sea; and with Sweden, for an outlet to the Baltic Sea, so as to provide Russia with a waterway to Western Europe. He is depicted with the Order of St Andrew (ribbon and star). The portrait was gifted in 1795 to the Alexander Nevsky Lavra by Catherine the Great.