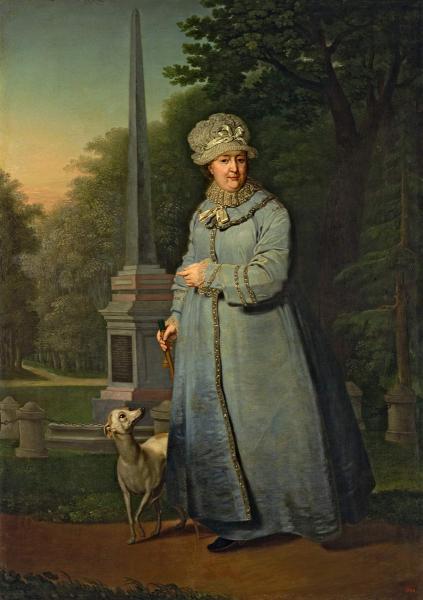 Borovikovsky did not have the possibility to paint a portrait from life, and when he painted Empress Catherine II, it was the lady in waiting of the Empress, Maria Perekusikhina, who posed. The first version of this portrait (with the Chesme Column in the background) was made in 1794 and is displayed at the Tretyakov Gallery. This portrait was then engraved by Nikolai Utkin in 1827.