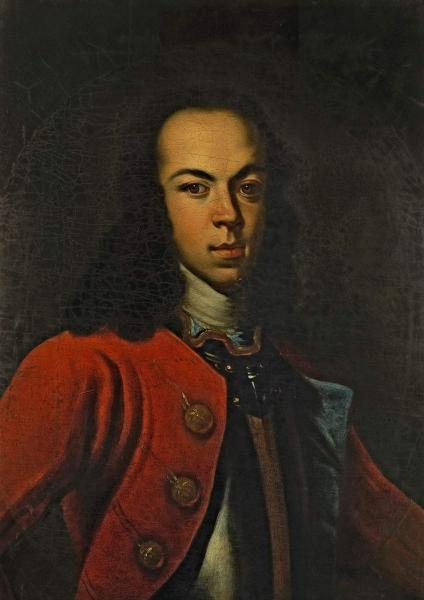 Alexis Petrovich (February 18, 1690 – June 26, 1718). Tsarevich, eldest son of Peter the Great. He was considered to be the legitimate successor to the throne before being arrested in February 1718. As heir to the throne he fulfilled many of his father’s assignments during the Northern War period. During the years 1709–1712 he travelled across Europe and studied in Dresden. On October 14, 1711 Alexis married Princess Charlotte Christine Sophie of Brunswick-Wolfenbüttel, sister of Elizabeth Christine, who was married to Emperor Charles VI of Austria. Alexis had two children: Natalia (July 21, 1714 – November 22, 1728) and Peter (October 12, 1715 – January 19, 1730) – the future Emperor Peter II; who would rule after Catherine I. Alexis opposed the reforms of Peter the Great. In the end of 1716 he secretly left for Vienna and placed himself under the protection of Emperor Charles IV of Austria. He lived in the Ehrenburg castle (Tyrol), and starting from May 1717 – in Naples. In January 1718 he succumbed to persuasion of Pyotr Tolstoy and Alexander Rumyantsev and returned to Russia, where he was arrested and locked up in the Peter and Paul Fortress. He was then sentenced to death by the Supreme Court. In the end of July 1718 he died under unclear circumstances several days after being condemned.

The fact that the Order of St. Andrew the Apostle the First-Called is not included in the portrait (Alexis received it in 1711 and was only stripped of it in 1718) and the subject’s age allow us to suggest that the portrait was created when Alexis met his wife (Charlotte Christine Sophie, née Princess of Brunswick- Wolfenbüttel) and proposed to her in spring 1710 in Schlackenwerth (Karlovy Vary).