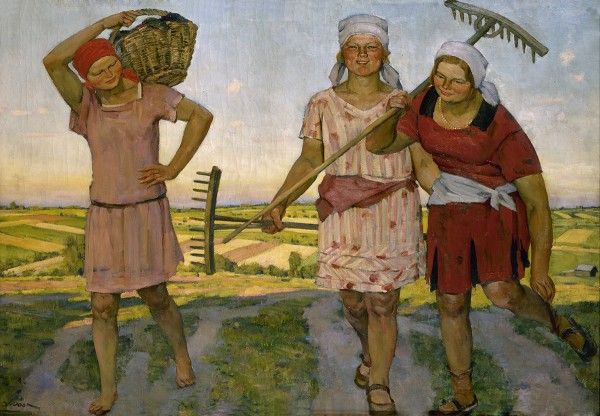 In the post-revolutionary years of establishing a new ideological system, the tides turned in Juon’s art when he attempted to find themes in sync with the times. From the second half of the 1920s to the beginning of the 1930s, the artist focused on a specific genre form, something of a “narrative portrait”, in which he captures typical characters of the age — Komsomol members, recreational athletes, parachutists… in other words, the new Soviet youth. He also touches on the theme of the Russian village, choosing archetypical village girls with simple faces and red cheeks, exemplifying the cult of physical fitness and moral rectitude. He most likely encountered many such girls in the village of Ligachevo outside Moscow, which he called his “aesthetic refuge”, and where in 1908 he firmly established his studio.