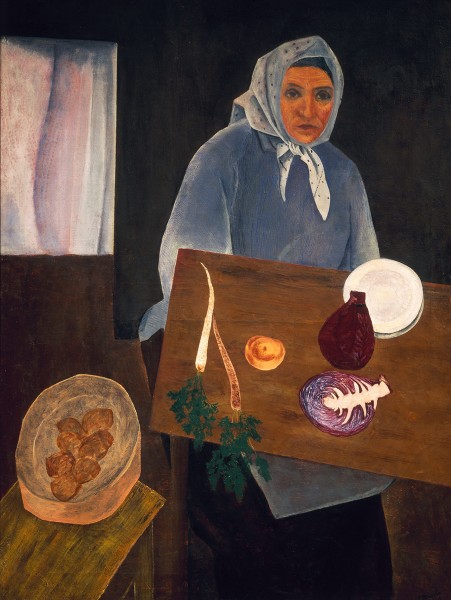 David Sterenberg’s personal perception of the world was not only formed at La Ruche in Paris, but was also influenced by the sleepy and provincial Zhitomir. This Ukrainian town was possibly behind his poetic representations of a leisurely and unhurried world, or simple, everyday objects and his love of modest settings and borderlands. The loneliness of this bowed old woman, her simple enumeration of the earth’s modest gifts and the magnetic, frozen expression in her eyes create a strong dramatic effect. Beyond the image of the peasant woman lies a whole series of associations, drawing the viewer’s attention to the social and philosophical questions. The still life in the portrait, which indicates her poverty, works as a lyrical accompaniment to the principal melody, a portrayal of life itself.