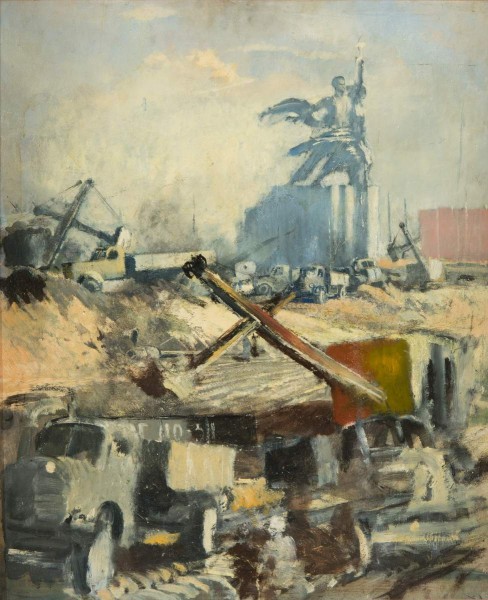 There Will Be a Park Here

Moscow appears in the works of Yury Pimenov as a modern city undergoing renewal on a daily basis. In 1950 a major reconstruction effort was begun at the All-Union Agricultural Exhibition (VSKhV, later VDNKh). This enormous exhibition and park complex occupies more than three hundred hectares in the capital’s northeastern region. Towering over the rapidly progressing construction work in Pimenov’s study is Vera Mukhina’s celebrated sculpture Worker and Collective Farm Woman. In 1937 the sculpture had crowned the USSR Pavilion at the World Exhibition in Paris, after which it was returned to Moscow and installed at the entrance of VSKhV.