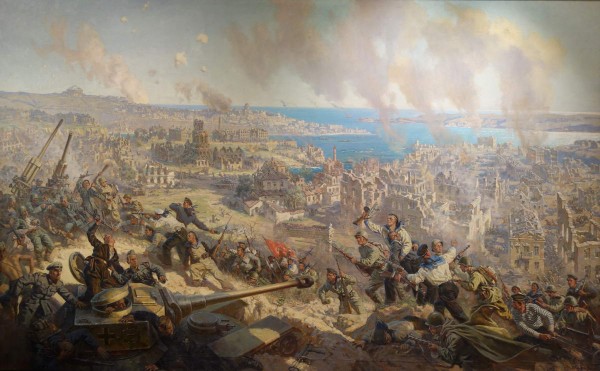 The Taking of Sevastopol

The painting was shown in 1948 at the all-union art exhibition in the Pushkin Museum of Fine Arts in Moscow dedicated to the Soviet military’s 30th anniversary. The artist received a 3rd-degree State Prize for this exemplary work of the Soviet battle-painting genre, which in this case intersects with the historical genre, since it depicts a real historic event. The painting records the climactic moment in one of the key episodes of the Second World War, the liberation of Sevastopol from enemy occupation.