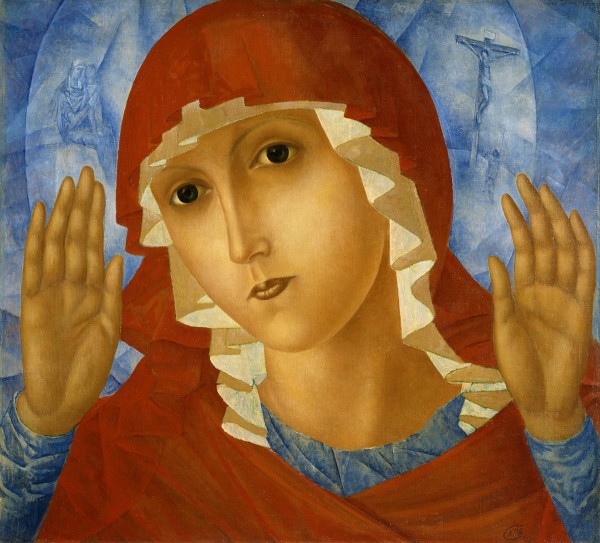 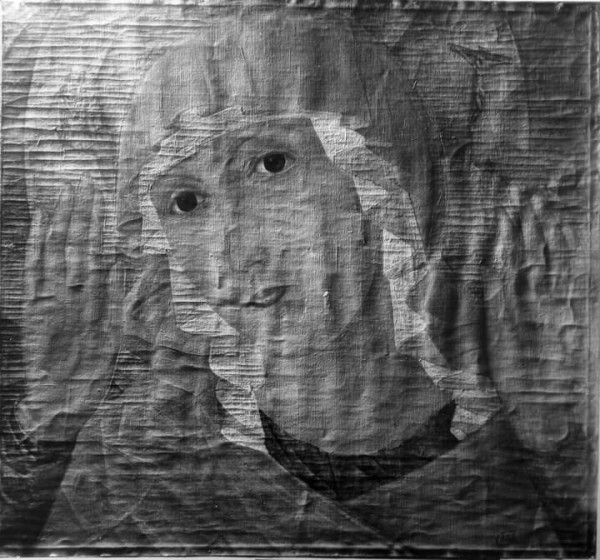 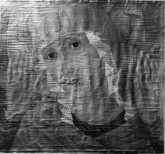 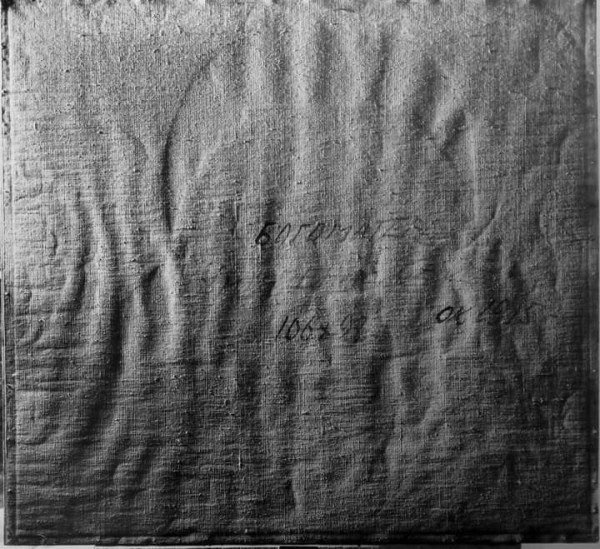 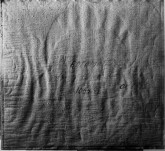 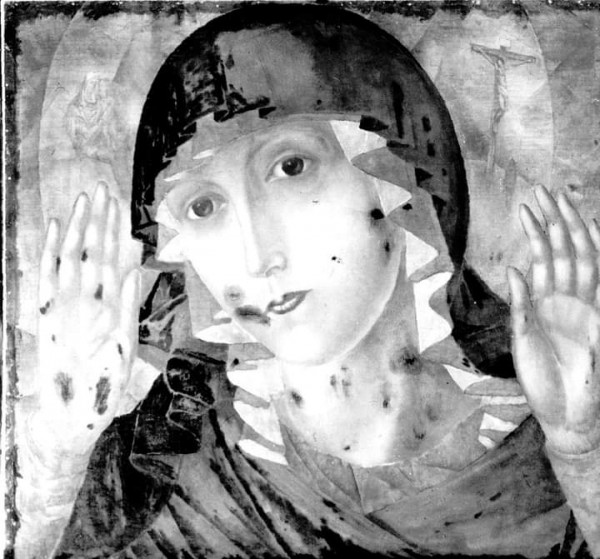 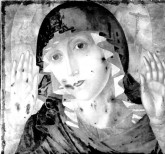 The Mother of God of Tenderness Towards Evil Hearts

Kuzma Petrov-Vodkin spent a lot of time between 1913 and 1915 working on murals in the cathedrals of Kronstadt and Sumy. This may have been what inspired the appearance of such a remarcable easel work as The Mother of God of Tenderness Towards Evil Hearts. This was the author’s title, in Orthodox iconography the image is known as The Mother of God of Softening of Evil Hearts. Created at the start of the First World War, Petrov-Vodkin’s picture acquired a special significance as the artist’s spiritual response to the tragic events of the war. Despite the small size, a canvas is a major monumental work, burning with the fire of a sublime spiritual force. The painter himself said that the face was “the highest possible form of expression”. This instilling and lofty icon of the Virgin Mary is one of the most powerful images in the oeuvre of  Petrov-Vodkin.