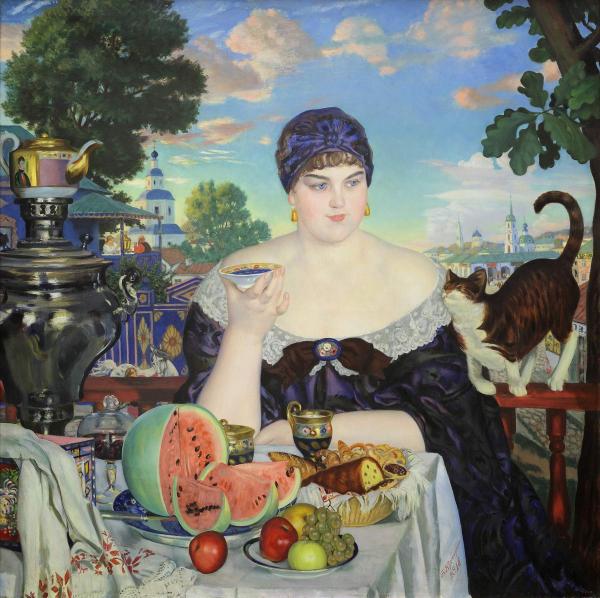 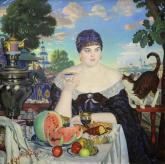 Boris Kustodiev continued to paint moving and colourful images even after illness had deprived him of the power to move independently. As commentators and the artist himself correctly noted, he inhabited a magical kingdom of recollections, daydreams and nostalgic visions. Kustodiev’s motifs and subjects symbolised a life that had disappeared irrevocably into the past, yet had still lost none of its tart aroma. Merchant’s Wife at Tea is an excellent example of an artistic recollection of resplendent beauties, azure evenings, unhurried teadrinking ceremonies and a seemingly permanent way of life. The sumptuous still-life on the table, the gleaming samovar, the bright watermelon, the marble shoulders of the heroine — the painterly beauty and expressiveness of every detail fill the canvas with light and colour.