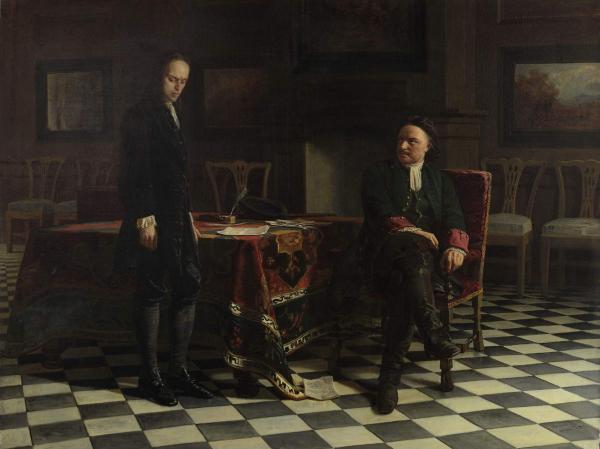 Peter I (the Great) Interrogating Tsarevich Alexei Petrovich in Peterhof

Opposition to Petrine reforms stated in the Emperor’s family. His son from the first marriage, Tsarevich Alexei, made a stand against his father’s orders. However the conspiracy was unmasked and the Tsarevich fled abroad, but was returned to Russia at the order of Peter the Great. Russian Senate based on the Emperor’s consent sentenced him to death. To recreate this historical episode in every detail, the artist thoroughly studies documents and portraits of Peter the Great and the Tsarevich, as well as the costumes dated back to the beginning of the 18th century. He also faithfully reproduced the Emperor’s study in the Monplaisir palace in Peterhof. This work is a copy of an eponymous paining dated back to 1871 that is exhibited in the State Tretyakov Gallery. 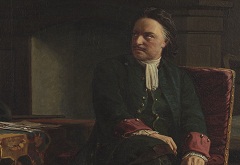