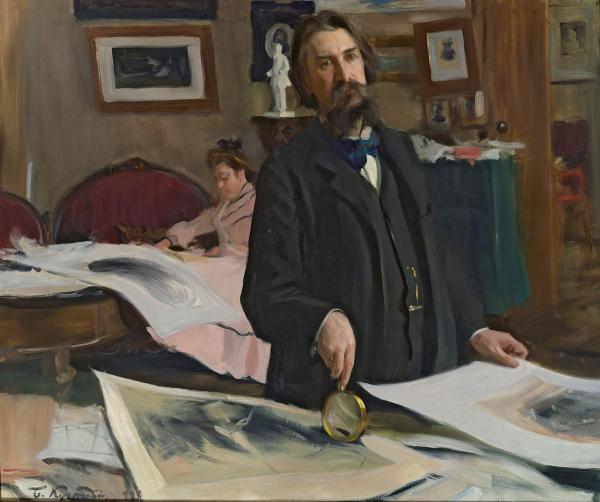 Boris Kustodiev painted a vast portrait gallery of his contemporaries. He was the first to describe himself as a portraitist, as he considered this genre to be his calling. Kustodiev, who was taught by Repin at the Imperial Academy of Arts from 1896 until 1903 and who was close to him in many ways, took a step further in the evolution of the portrait painting. He painted with a free dynamic touch, which preserved the vigour of his first impressions.

Vasily Vasilyevitch Mahté  (1856-1917) was an engraver, an art head teacher and an academician (1899). Kustodiev was his student in etching. In this painting, it is Mahté ’s wife, Ida Mahté , who is sitting at the table.