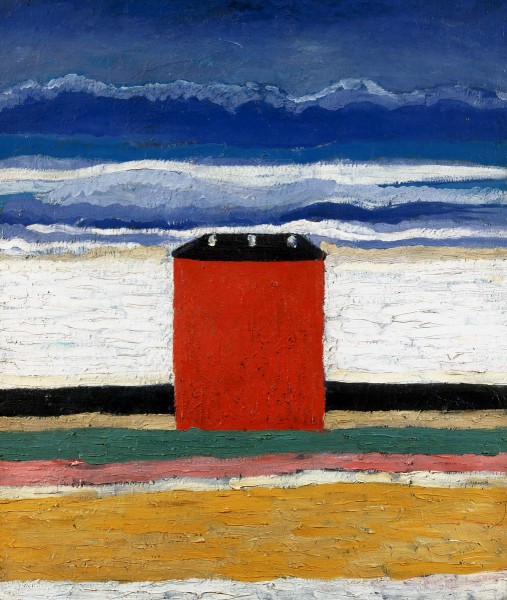 At the turn of the 1920s and 1930s, Kazimir Malevich launched a series of works that broke new ground for his art development. These works are different in style but they tend to figurative art.

Anyway, one may say that Malevich’s figurative paintings are always essentially non-objective because their images live in the borders of the Cosmos invented by Malevich.

Suprematism exists inside the painting “Red House” – in the intense colours of the suprematism set of colours, in a red square that looks like a real object – a red house without windows. This lone object inscribed in flat coloured space of fields and troubled sky doesn't belong to the Earth. The World created by Malevich seems to live independently carrying his creator away.