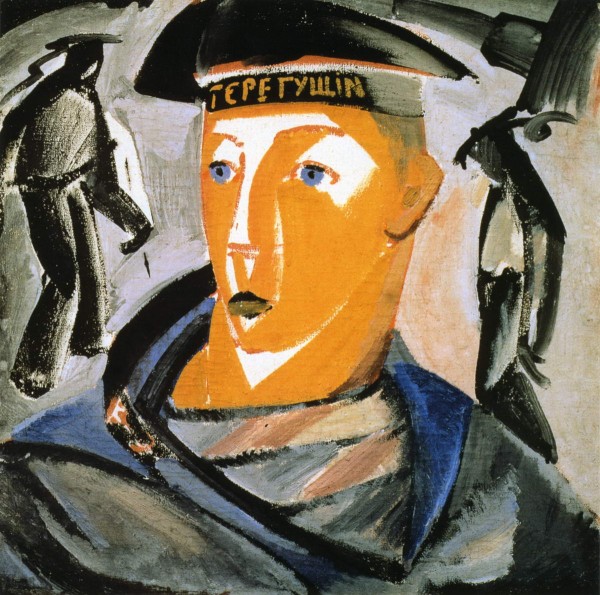 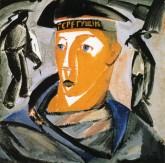 Although works by Vladimir Tatlin are not often encountered in art collections, the artist remains one of the unchallenged pioneers of the Russian avant-garde. Tatlin’s acquaintance and friendship with Mikhail Larionov led to the appearance of Neo-Primitive tendencies in his painting and graphic art in the early 1910s. The artist closely observed the environment, way of life and outer appearances of the sailors, fishermen, traders and other colourful inhabitants of the southern port of Odessa. The level of generalisation and the correlation of the image to the background, however, pay tribute to
Old Russian icon-painting. The result is a sharp contrast between the main character and the small figures in the background, which are arranged like the scenes in an hagiographic icon, creating a sharp and disquietening rhythm of contours and white patches on the sailor’s face and clothes. Sailor unites elements of self-portraiture and the typical. The painting manages to both incorporate personal characteristics and express the artist’s impulsive creative quests.