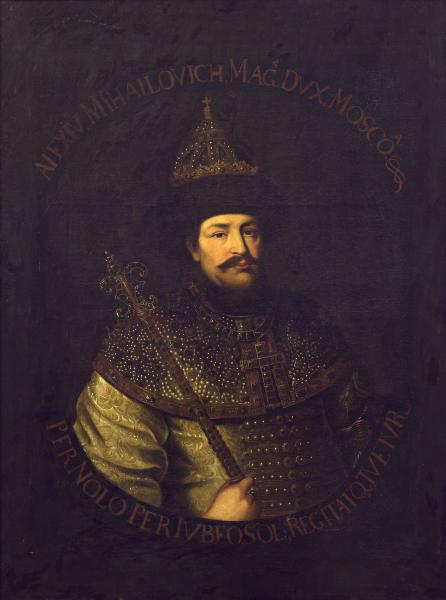 This portrait engraved by Cornelis Meyssens (1646–?) can be found among illustrations of the book Historia di Leopoldo Cesare (History of Leopold Caesar, Vienna, 1670); that is where its traditional dating comes from. However, an inscription made on the portrait “reigned and ruled” (in Latin, in the past tense) suggests that the portrait was made after the tsar’s death. The artist’s alterations and technical characteristics do not contradict the fact that the work was painted in the end of the 17th century.