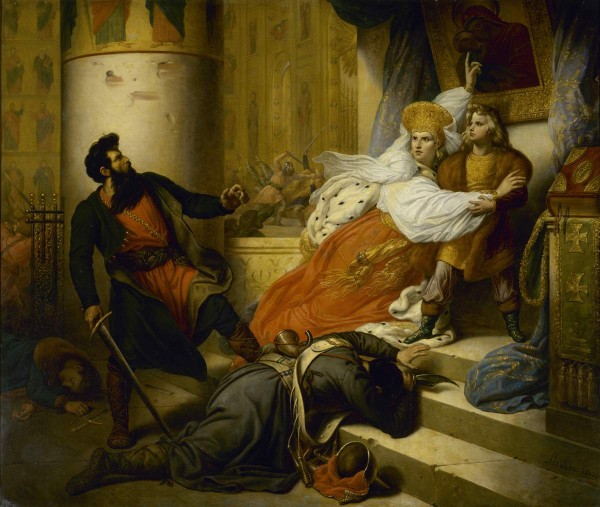 Peter the Great in Childhood, Saved from the Fury of the Streltsy by His Mother

As the Miloslavskys wanted to incite the streltsy to rebel, they spread a rumour that Tsarevich Ivan had been strangled, and gave them a list of “traitor boyars”. On 15 May 1682 armed streltsy came to the Kremlin, burst into the palace and carried out a savage massacre. The dead included the boyar Artamon Matveyev, Peter’s guardian, as well as the two brothers of Tsarina Natalia Naryshkina. These terrible events were permanently seared into Peter’s memory, and were probably the origin of his heightened irritability and burning hatred for the streltsy. Charles de Steuben has treated the scene romantically, bringing drama and dynamism into the composition. He has transferred the action from within the royal palace to one of the cathedrals in the Kremlin.