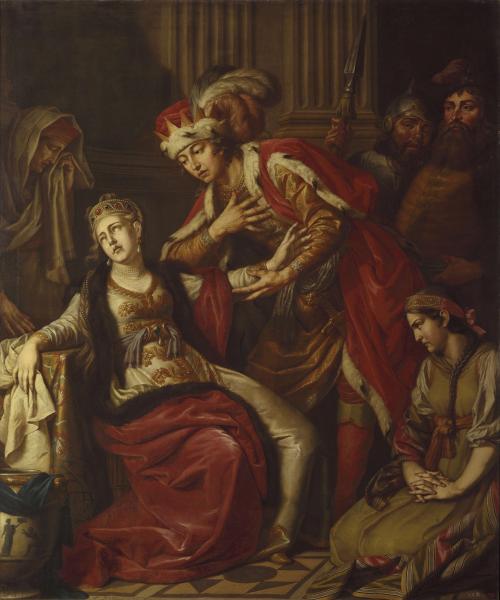 Anton Losenko was elected to the Academy and appointed adjunct professor for this work in 1770. It was painted for a programme given to students of the Imperial Academy of Arts on 4 October 1769: “Consolidating his hold on Novgorod, Prince Vladimir commands Prince Rogvold of Polotsk to givehim his daughter Rogneda in marriage; angered by Rogneda’s refusal, Vladimir gathers his forces, takes the capital of Polotsk by force, kills Rogvold and his two sons and forcibly marries the proud Rogneda.”