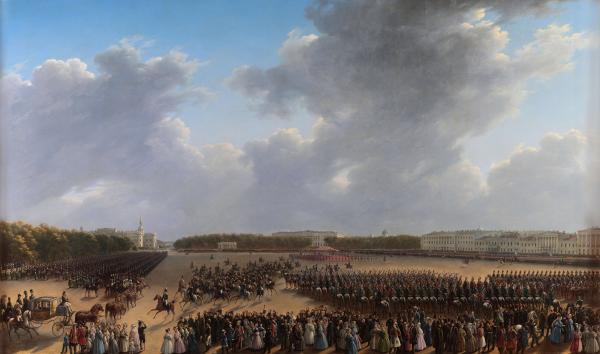 The parade took place one month after the capture of Warsaw. The painting depicts the panorama of Tsaritsa Meadow (today the Fields of Mars): the Summer Garden, the Engineers Castle, the Mikhailovsky Garden and the Rossi Pavilion, the Michailovsky Palace and the Barracks of the Pavlovsky Regiment. Alongside the barracks, two regiments are formed: a regiment of cavalry along the Palace and a regiment of artillery along the Summer Garden. Nikolai I, followed by his suite, rides to the Empress carriage from the place of moleben. Among the crowd of spectators, one can find Alexander Pushkin, Vasily Zhukovsky, Ivan Krylov, Karl Brullov and Alexei Olenin alongside with other musicians, diplomats, scientists and merchants. The artist supplemented the painting by an outline drawing of 223 figures and the list of depicted characters. 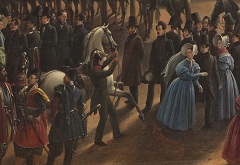 Grigory Chernetsov. Parade Celebrating the End of Military Action in the Kingdom of Poland on Tsaritsa Meadow in St. Petersburg on 6 October 1831
Year: 2014 | A multimedia film | Language: | Duration: 05:40 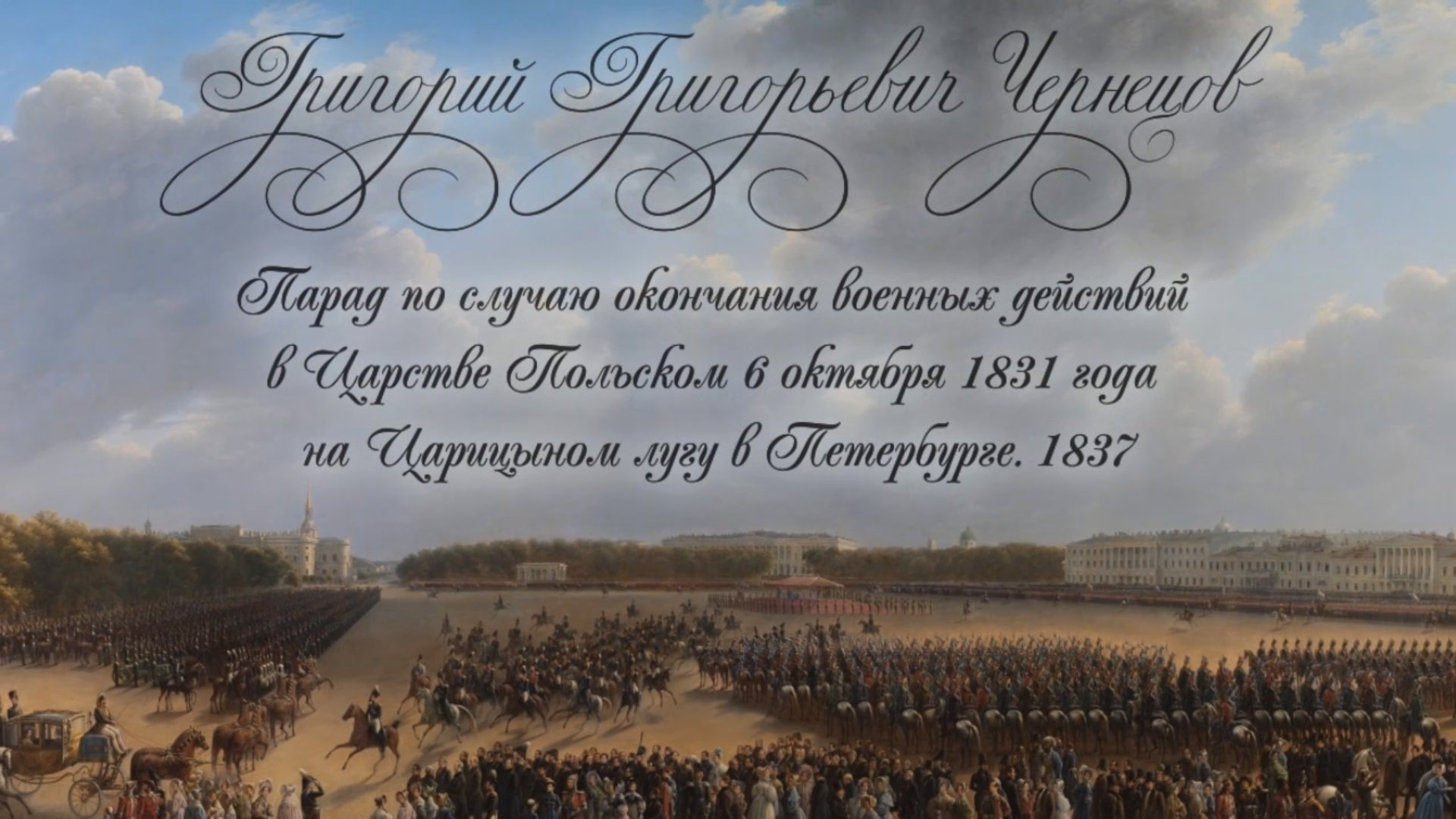 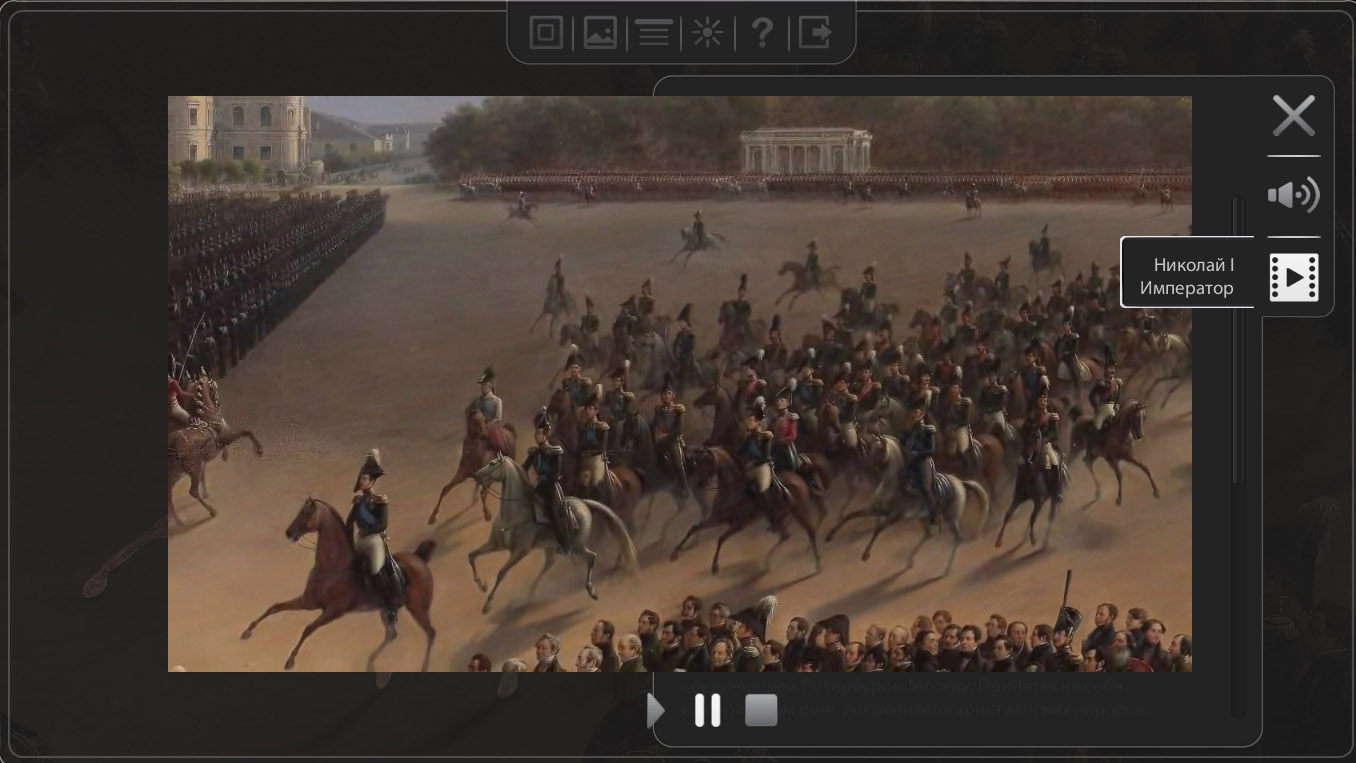 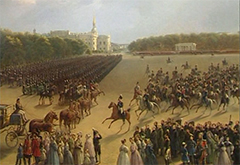