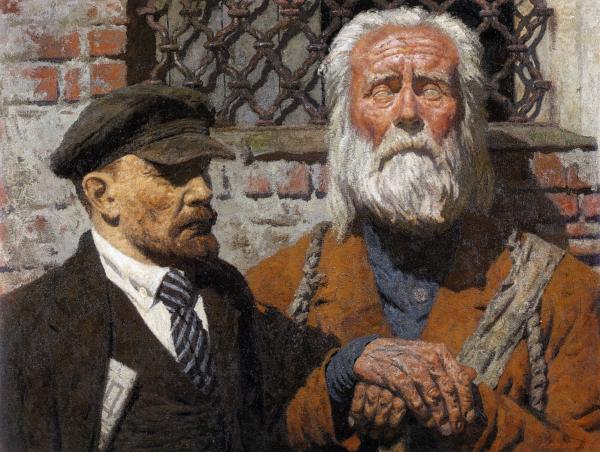 Unlike the majority of works on the Lenin theme, Helium Korzhev’s Conversation does not show the Soviet leader speaking from a rostrum or listening attentively to callers.This work depicts a dialogue between the former revolutionary and a blind old man outside a church in Moscow. Painted with autobiographical features, the unseeing old man is perceived as a prophet or sage. His figure is momentous and majestic. The content of the dialogue is the quest for the sincere, the innermost, the significant.The fragmentary composition confines the two men to a cramped space, concentrating attention on their outer appearances and states of mind. Despite the outward calm, the painting is filled with dramatic tension.