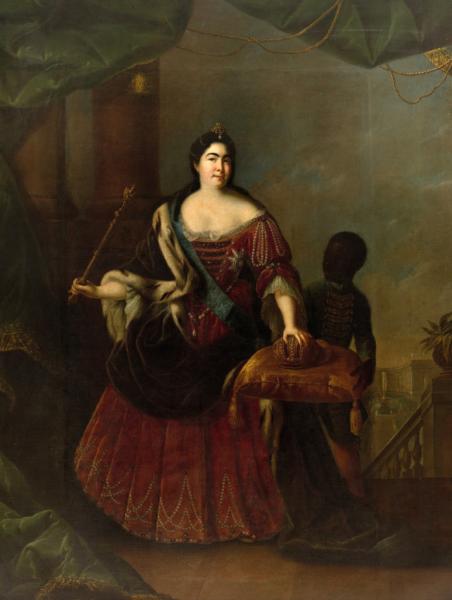 Portrait of Catherine I with a Little Negro Boy

Catherine is depicted with a ribbon and a star of the Order of St. Andrew the Apostle the First-Called. Originally the portrait was smaller (190 x 133), the architecture and the landscape around the subject were painted later. Traditionally the portrait was dated 1725–1726 based on the engraving by Alexei Zubov. A document dated December 22, 1725 reads: “At the command of His Majesty [...] painter Ivan Adolsky received” one hundred rubles for painting these two portraits of Empress Catherine I: this one and the one housed in the State Museum-Preserve Tsarskoye Selo; the paintings are slightly different.