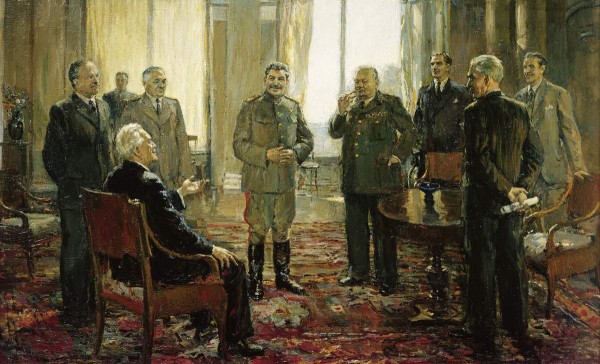 At the Crimea Conference

The meeting between the leaders of the three great powers — Britain, the USSR and the USA — that took place on 4–11 February 1945 at the Livadia Palace in Yalta, otherwise known as the Crimean Conference. When it was held, fighting was already underway within Germany, and the matter of postwar restructuring was one of the items on the agenda. The three countries were represented by Chairman of the Council of People’s Commissars of the USSR Joseph Stalin, British Prime Minister Winston Churchill, and US President Franklin D. Roosevelt.