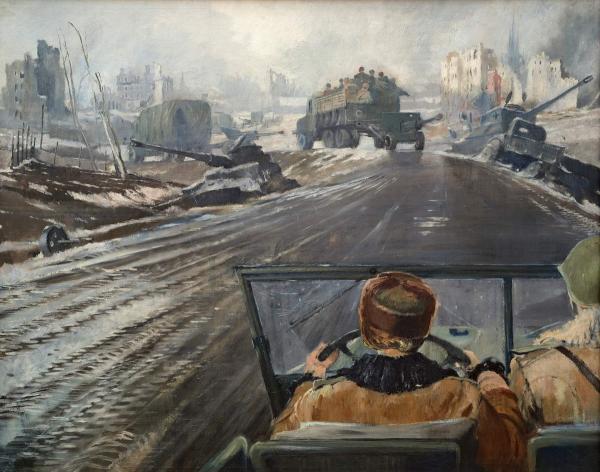 During the Great Patriotic War (WWII) Pimenov took part in the work of TASS Windows (TASS – Telegraphic Agency of the Soviet Union, TASS Windows – a group of authors who created war posters). The painting “Front-Line Road” is one of many works created one year before the end of the war. The artist used here the creative method which he found in the mid-1930s and which shows in his painting “New Moscow”. The artist arranges the elements of the painting as if the viewer drove to the road and saw the wide panorama of the city plundered and destroyed by Nazi troops. The viewer, with a girl driver and her companion, feels as if he is participating in what is going on. Yury Pimenov managed to catch the spirit of the age, its pulse and romantic atmosphere.